Dirty Deeds DDC is Western Canada’s premiere AC/DC experience. Formed originally in 1986, Dirty Deeds established themselves as an act to be seen to be believed. Performing a high energy AC/DC tribute all over Canada, the band solidified their place in the late 80’s as a top-notch act to behold. Flash forward to today, the band has regrouped, and using today’s tech at their disposal, Dirty Deeds DDC has reinvigorated the scene with an amazing stage show and an even higher energy spectacle!

“Dirty Deeds DDC exploded onto the stage for our special event with a tight show full of energy and great rock ‘n’ roll! Pro guys in a pro show all the way!”

“The Rock and Roll Society of Edmonton had the pleasure of contracting Dirty Deeds to headline our annual springtime fundraiser this past April. The show they developed and their performance chops, in short, blew my mind, and completely exceeded any expectations I had. For 2 hours, they bough the hits and deep cuts from the ACDC catalogue that perfectly fit with my audience and the style of the gig.

I’ve rarely seen such energy from a tribute band. The stage presence this group had was only equaled by the exceptional stage production – lighting effects and video pieces that were far beyond the size of the room.

400 of our Society faithful were in attendance, and it seemed that the bulk of them never left the dance floor. For the price, their professionalism, their musical skill, and their dedication to performance and to the fans, Dirty Deeds is the REAL DEAL”

“Well I was going to see the AC/DC tribute band Dirty Deeds DDC. Being a long time AC/DC fan and seeing AC/DC several times I was quite curious to check this band out. So I ventured off to Shakers Roadhouse. The room was full up. I was getting pretty pumped up. The band started their set. The singer looked like Bon Scott. I thought this could be very interesting. They played some of my favourite Bon era songs, “Riff Raff”, “Let There be Rock”, “Down Payment Blues”. Wow they did a great job. The band was tight. The lead guitar player did a great job doing Angus Young. The rest of the band pounded out the booming rhythm that AC/DC is noted for.

Then I thought no Brian era AC/DC. Then after a great Bon Scott era set, they took a break and out came the singer dressed up as Brian Johnson. They had some great AC/DC video that was showed. Dirty Deeds DDC picked up where they left off, ripping out “Back In Black”, “Shoot To Thrill” and “For Those About To Rock”, amongst many other Brian songs. The crowd was loving it, the dance floor was continuously full. I left very satisfied.

I would have to say you get a chance to see Dirty Deeds definitely check them out.” 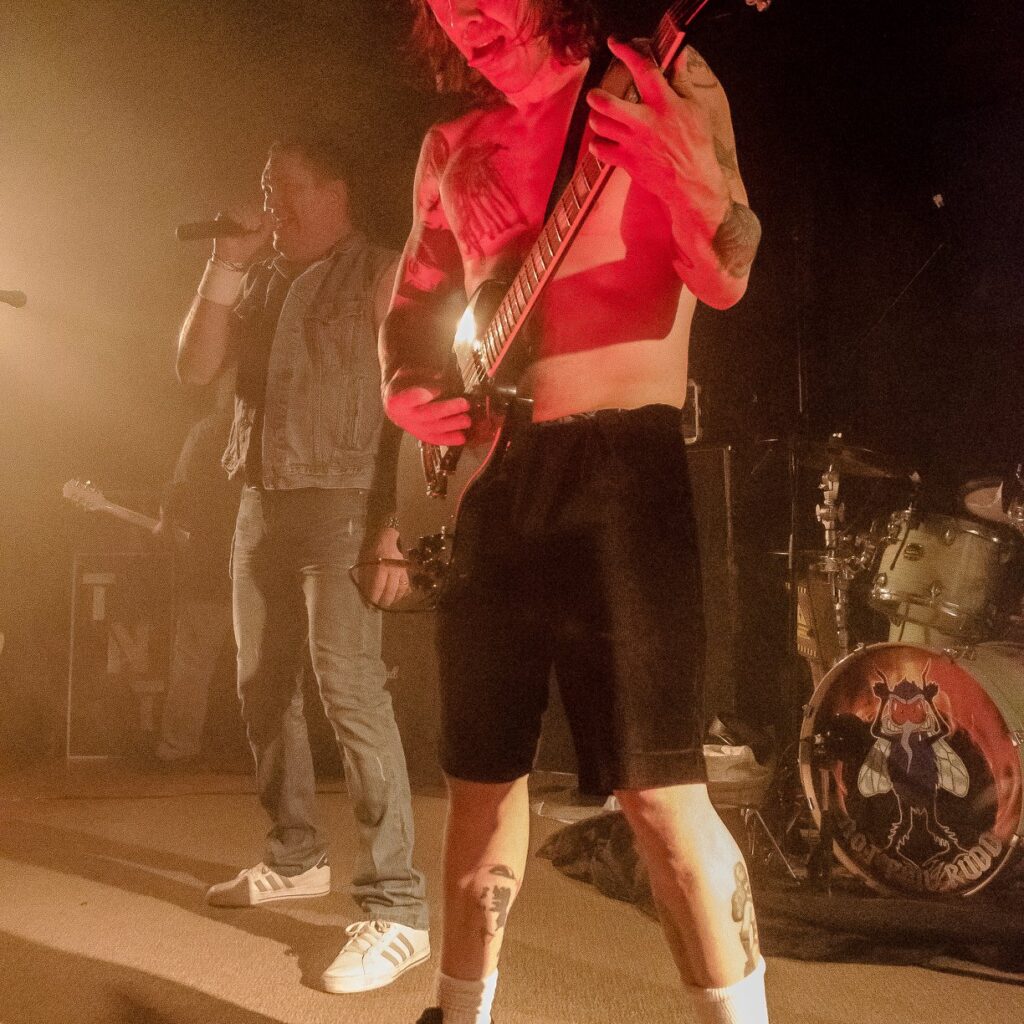 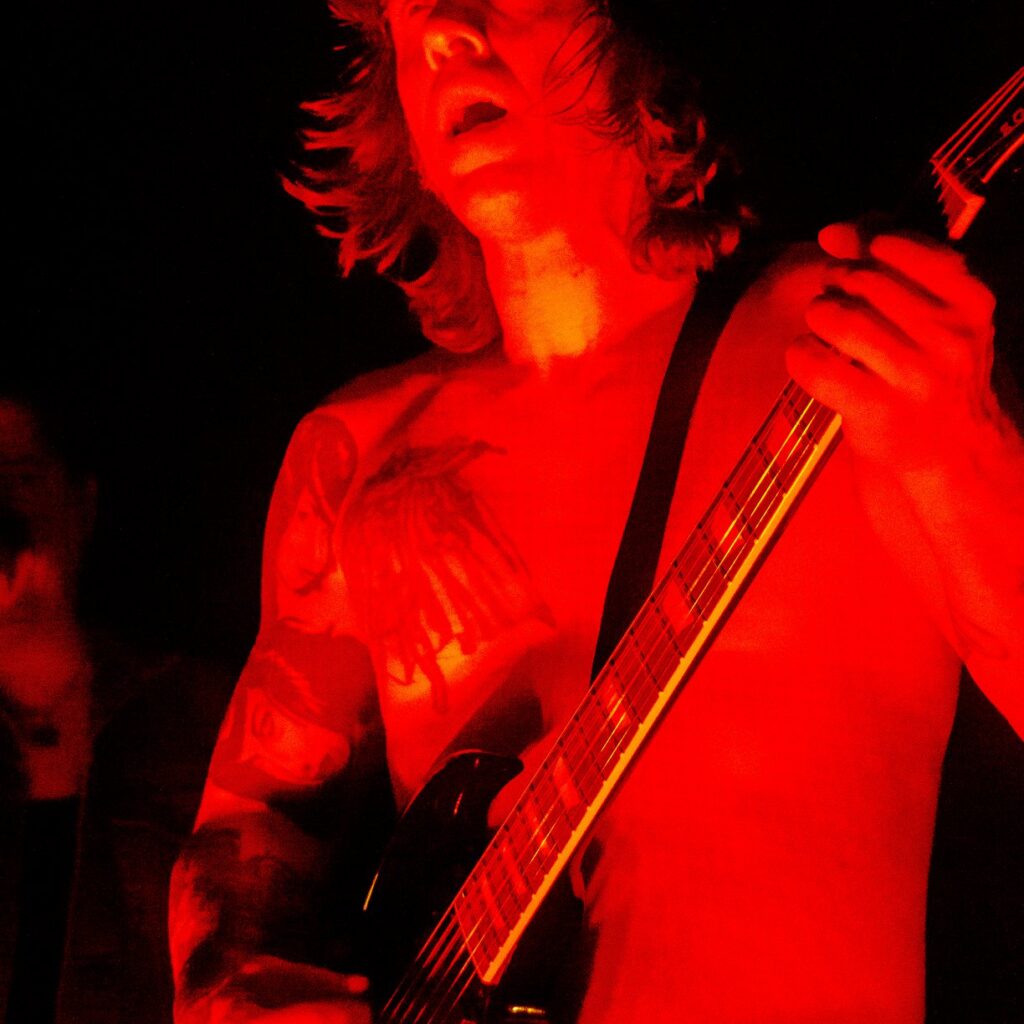 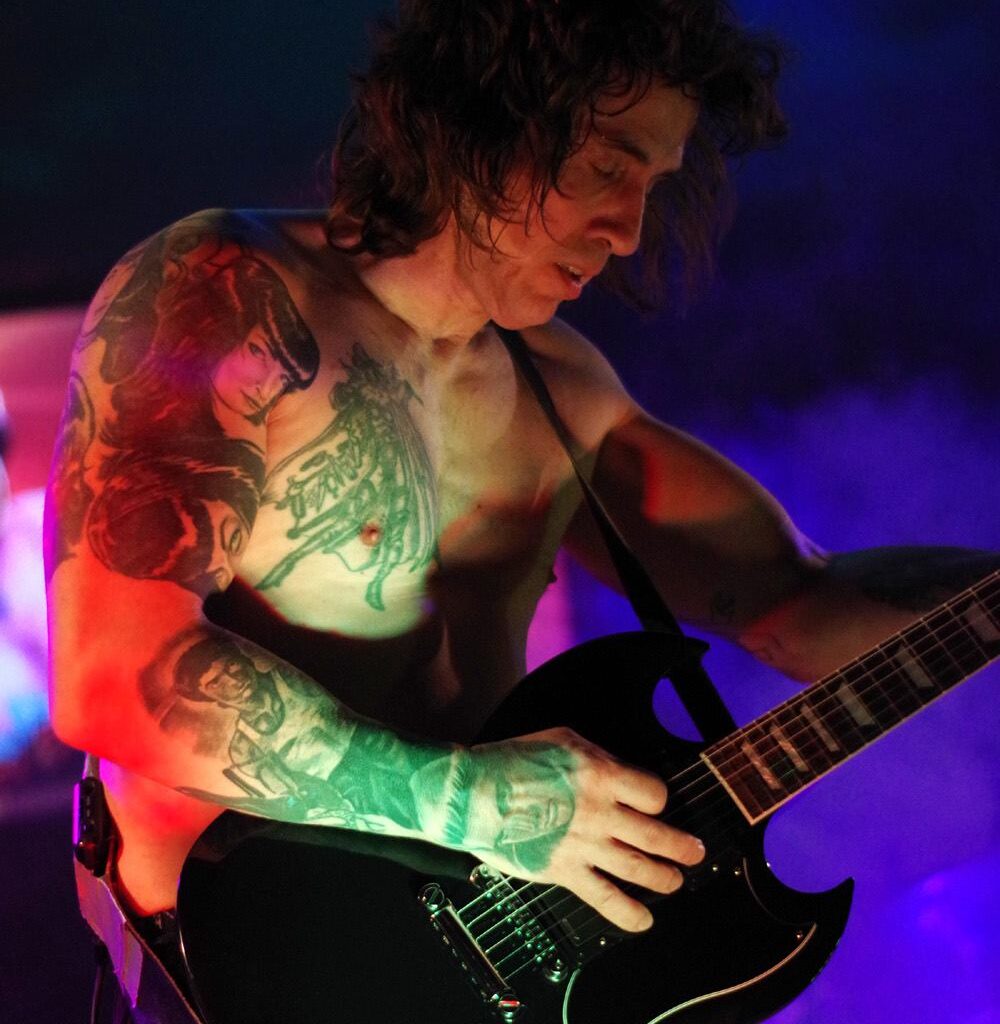 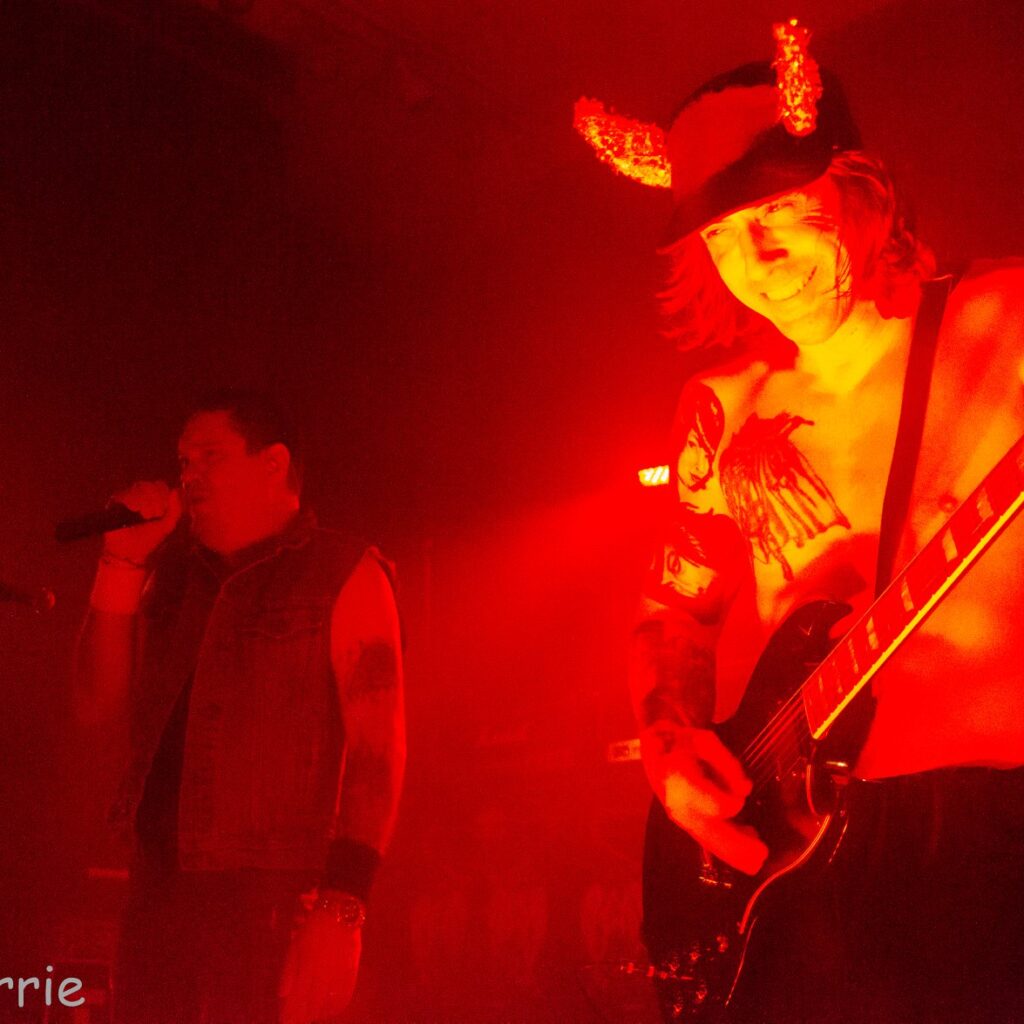 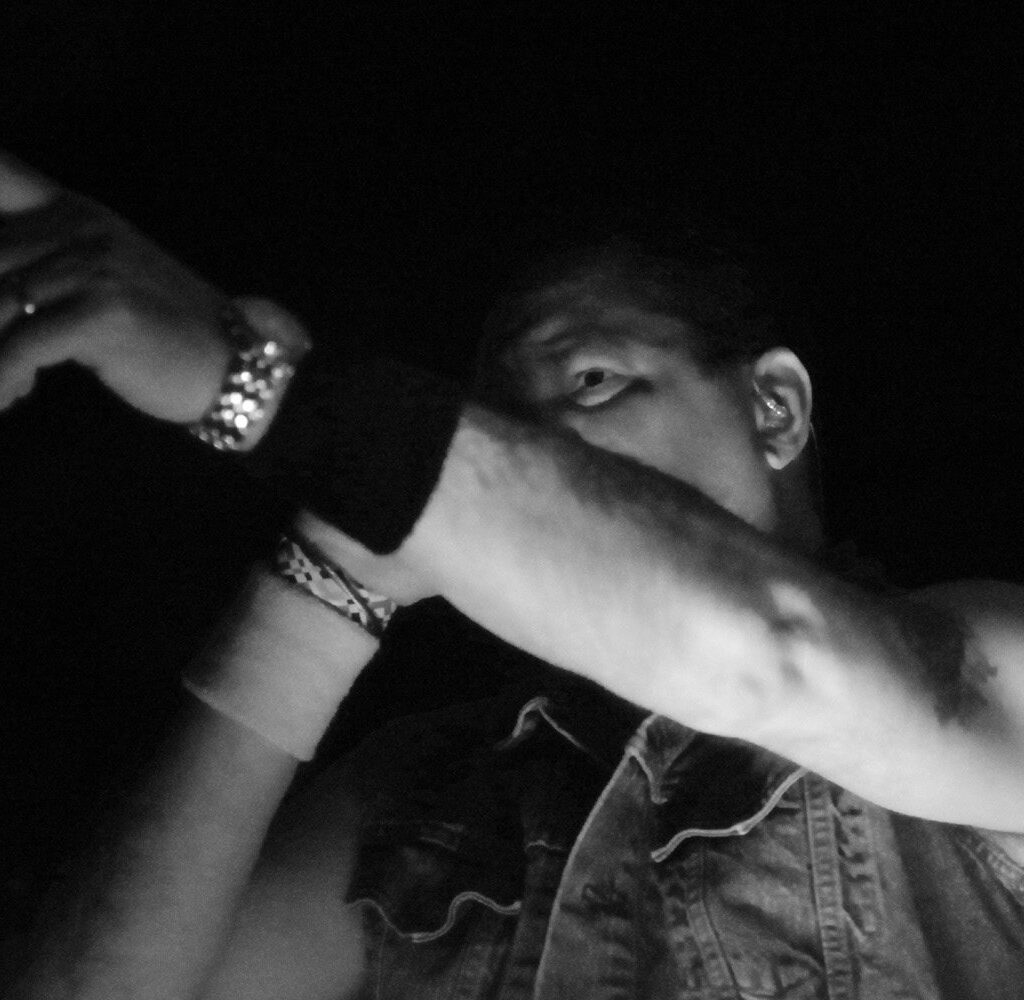 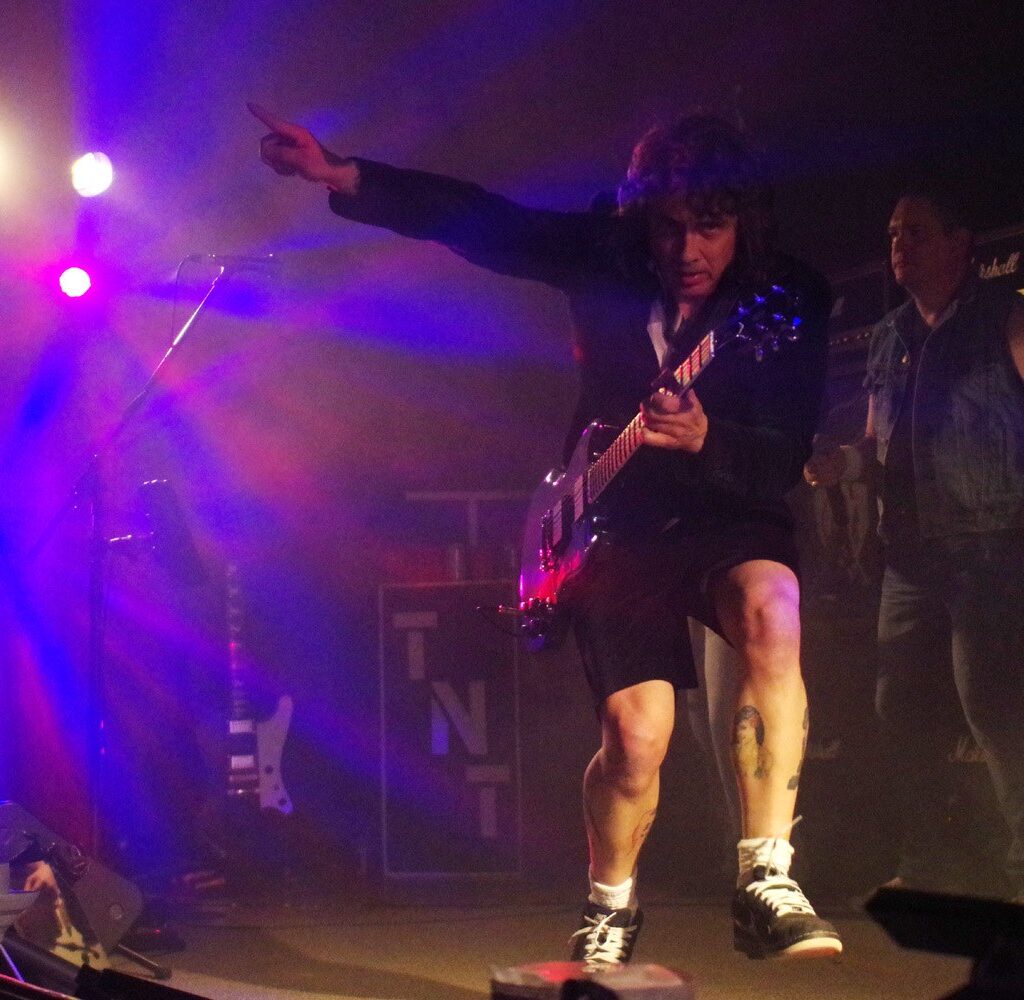 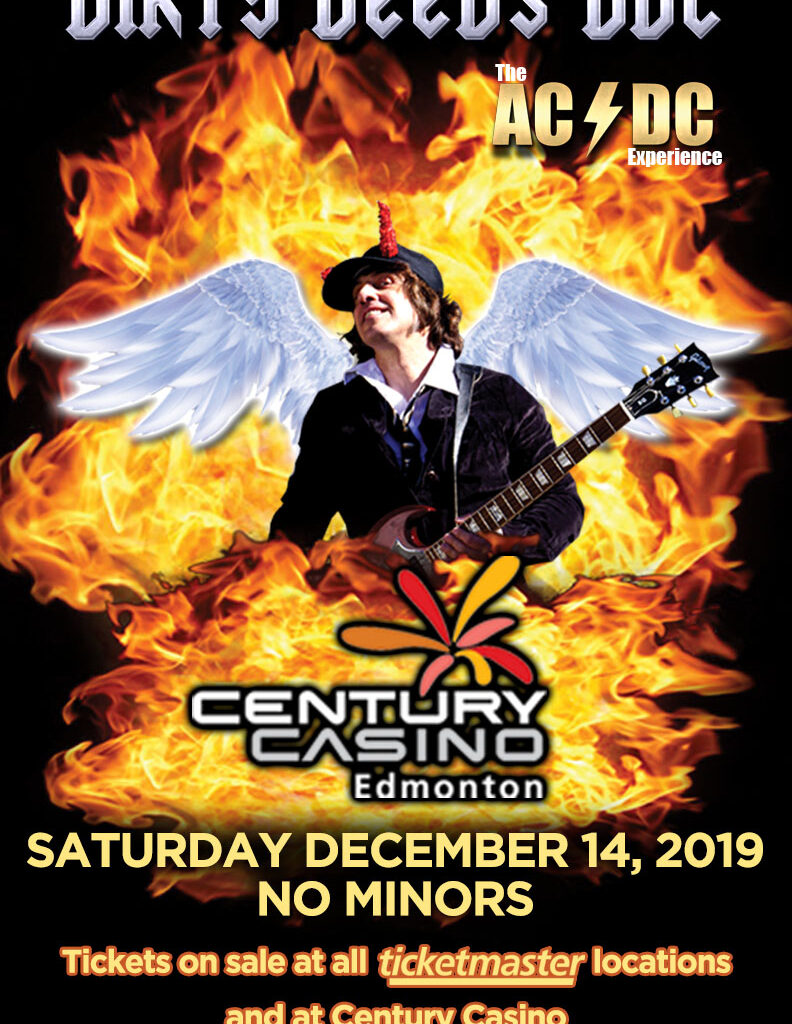 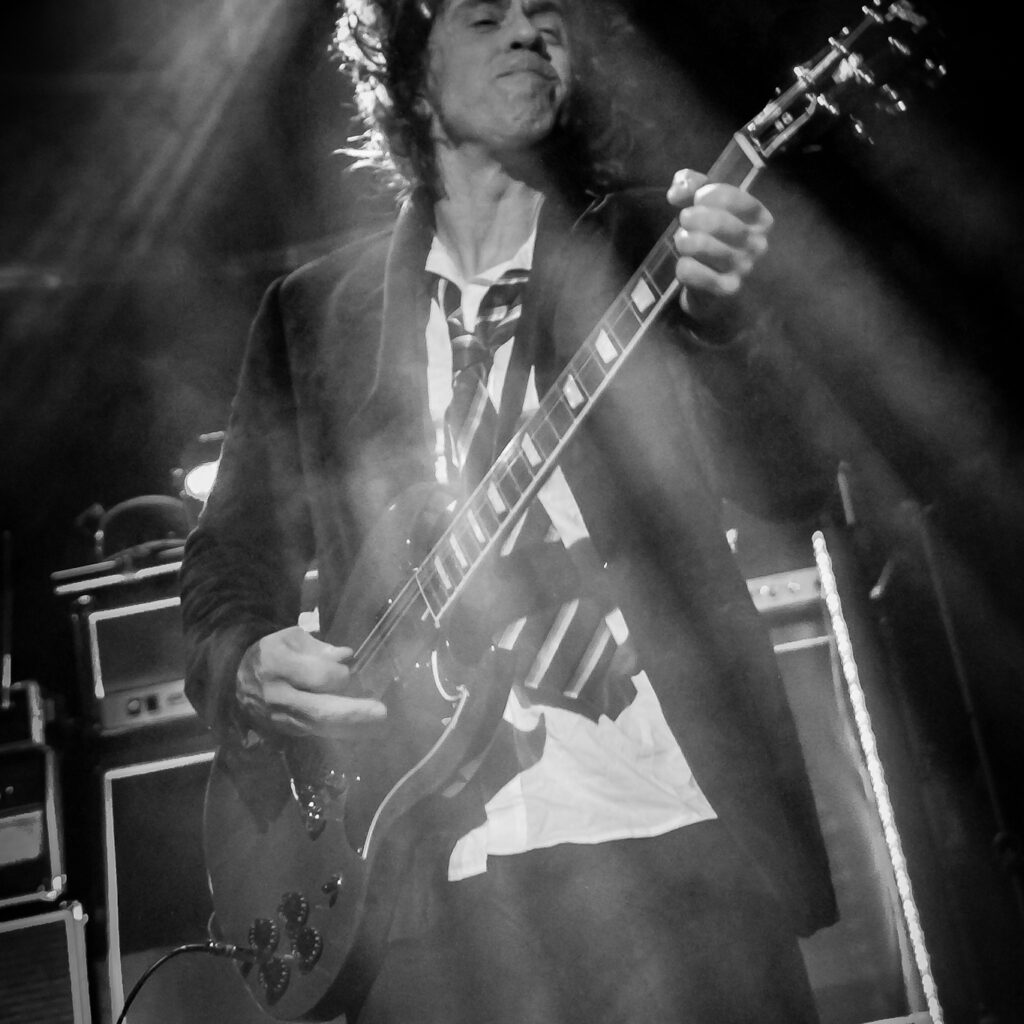 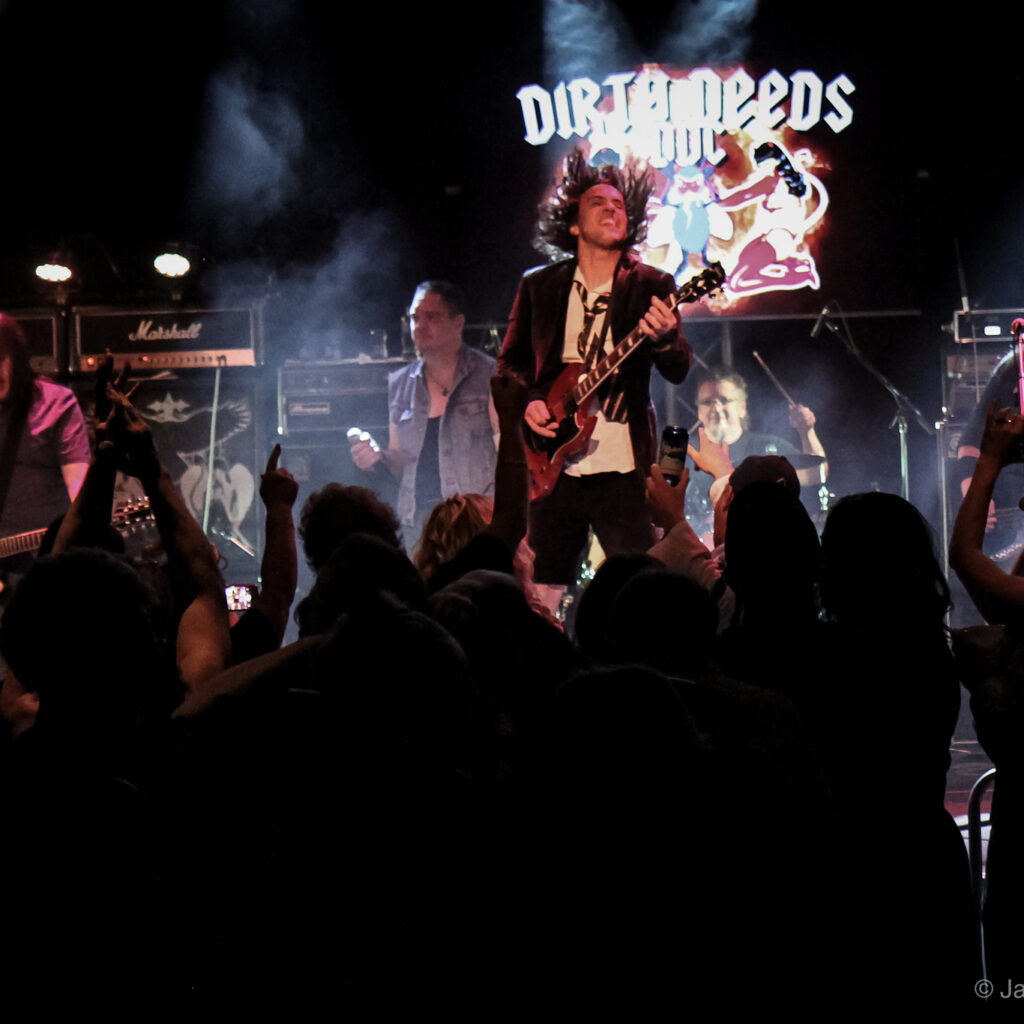 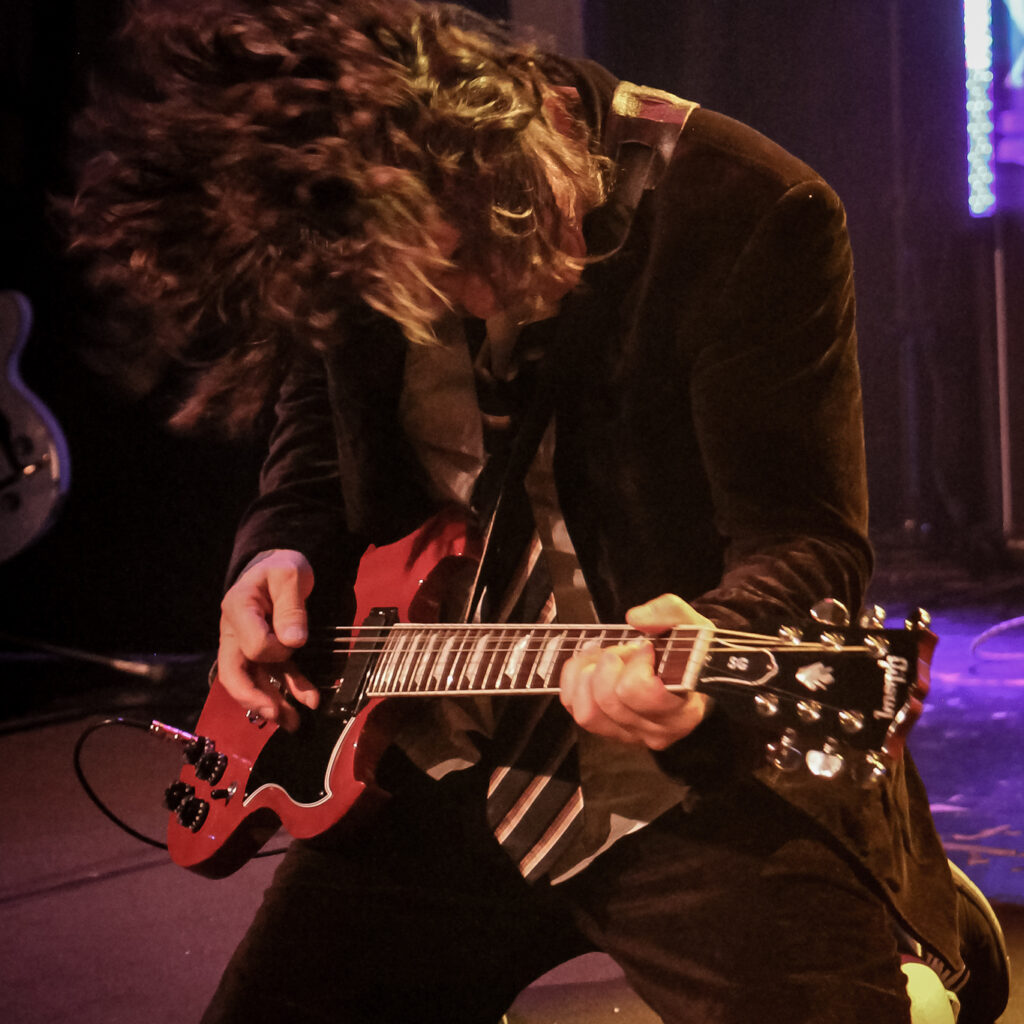 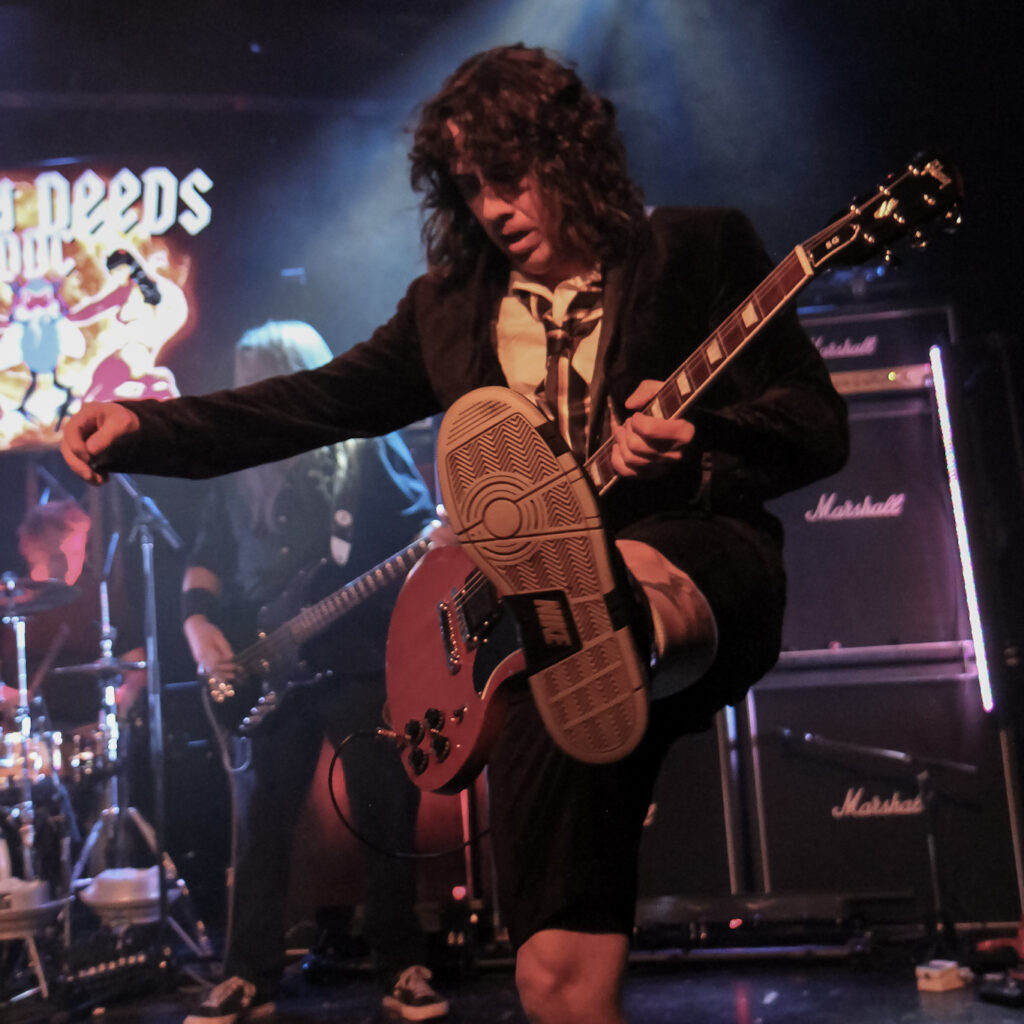 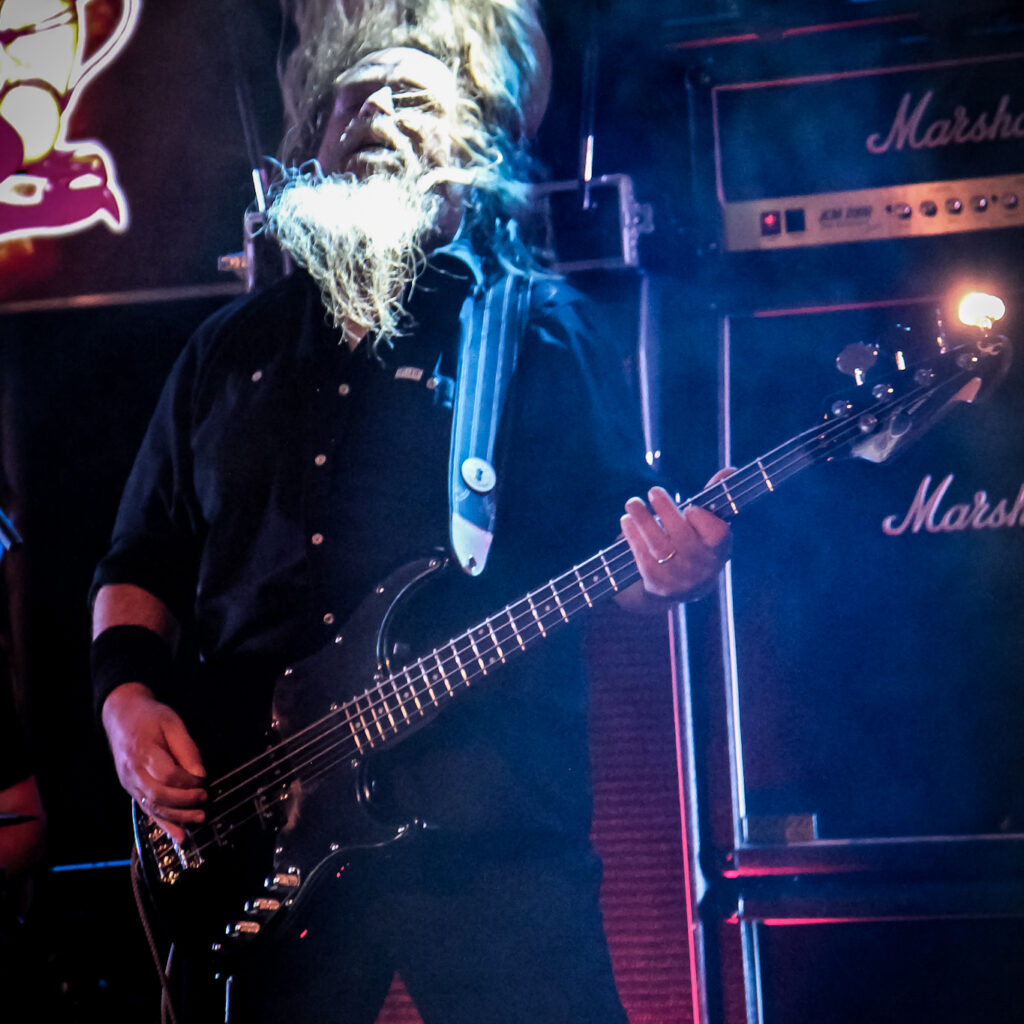 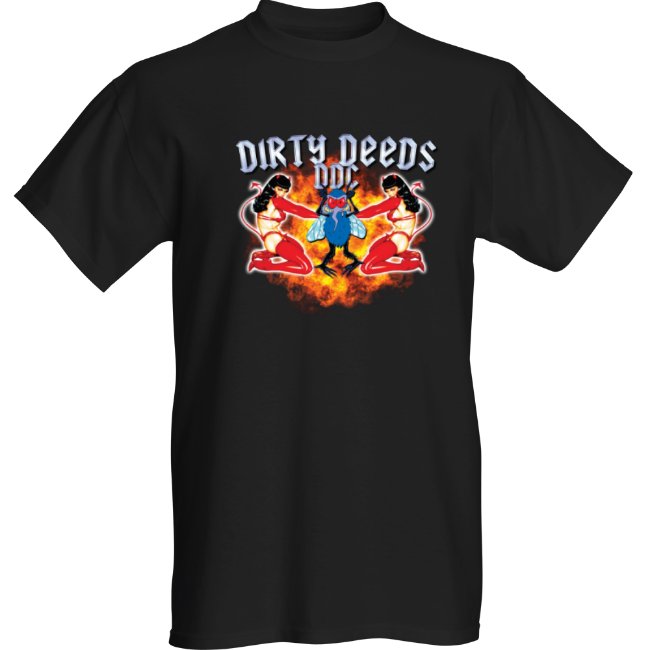 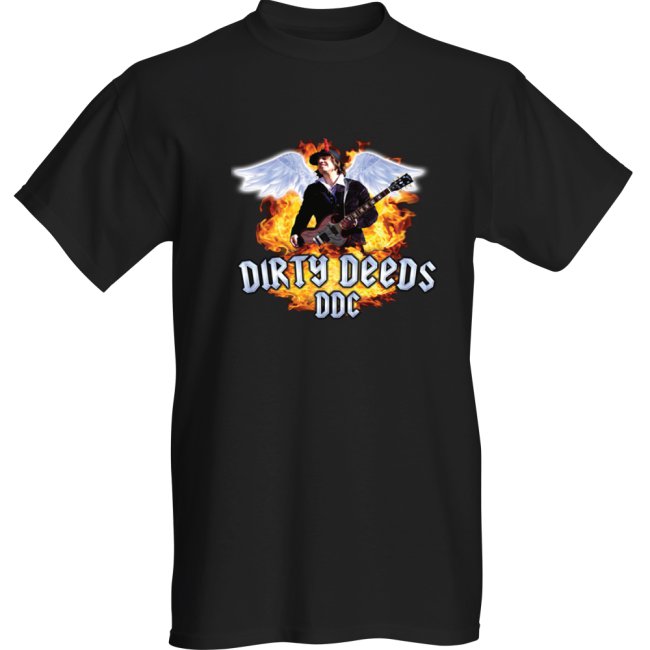 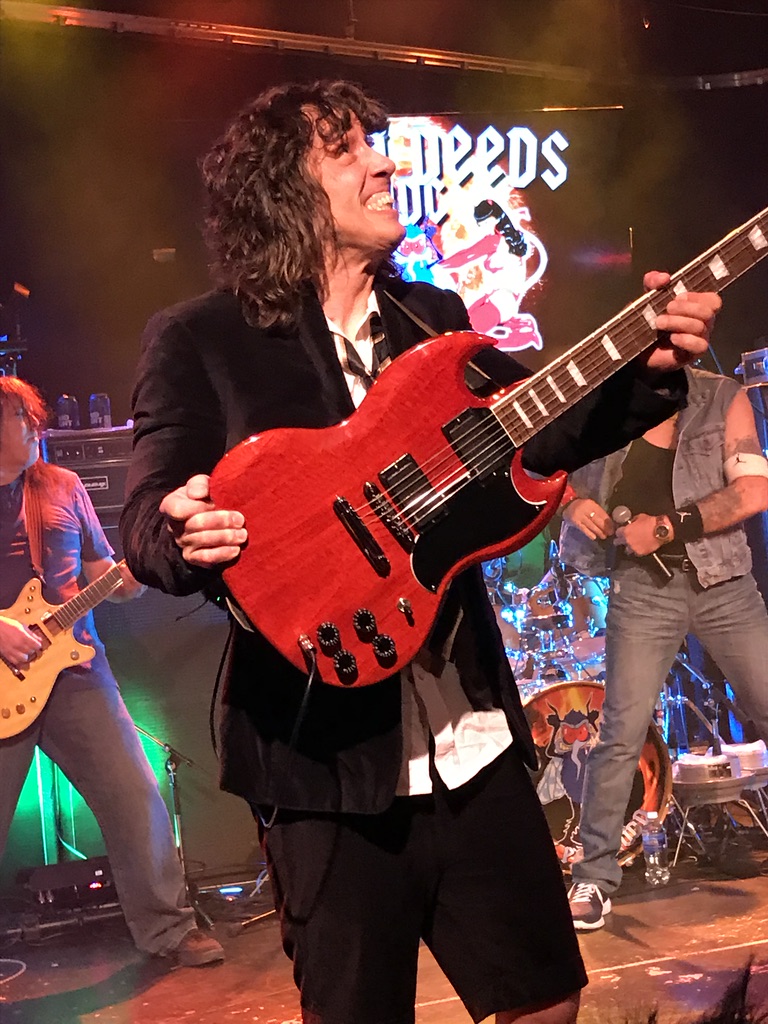 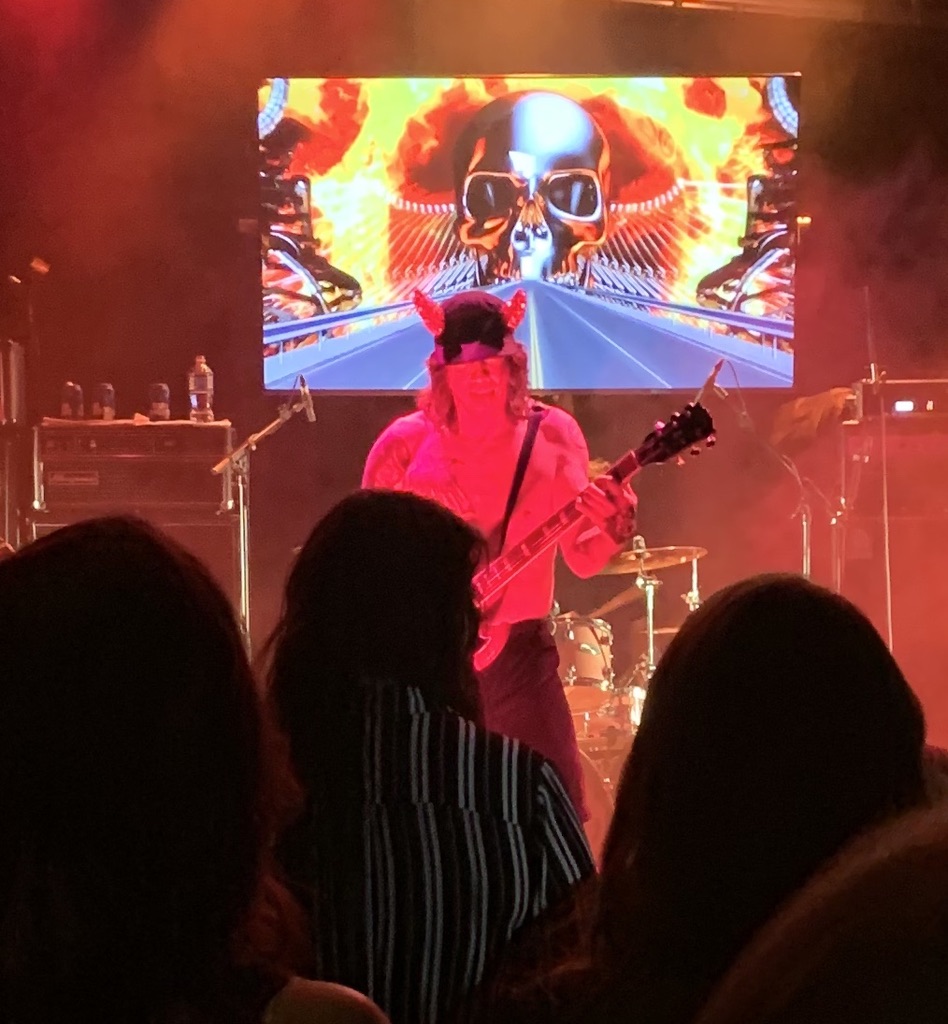 The Rock and Roll Society of Edmonton Show 2018